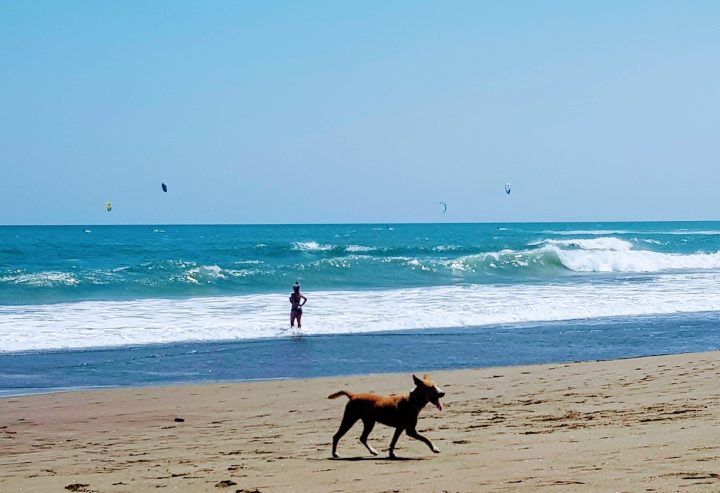 To get to Bali from Thailand, we took two flights. Unfortunately, due to time differences, we overstayed the allowed time on our 30 day visas by a measly nine hours. We were stopped at the airport in Thailand because of this and had to pay 1500 Baht before we were allowed to catch our next flight. As someone who has previously experienced a lot of anxiety around travelling and being in airports, being brought over to a strange desk after handing in my passport was very worrying but it was all sorted out quickly.

Our first flight was to Singapore, which only took an hour and a half. It was grand and I slept for most of it. Once we got to Singapore, we had to wait for two and a half hours until our next flight which wasn’t too bad. We kept ourselves busy in the airport and got on to our next flight to Denpaasar, Bali which took another two and a half hours. Once landed to the very small airport, we got a taxi to our next destination, Canggu.

We stayed in another hostel while in Canggu, called ‘Escape Hostel’. We were staying in a ten bedroom dorm, which was mixed men and women. It was very clean and the beds had blinds so you had privacy. The hostel is in a really good location, near to the beach, bars and restaurants and I met some really friendly people there. It’s the type of hostel where people stay for literally months and make loads of new friends.It was the first and only time on our trip that our bathrooms and showers were mixed gender which was a new experience but it was grand.

There’s a pool on top of the hostel, with loungers for sunbathing. There’s also a great great chill out area, with pool tables, day beds and swinging chairs just beneath the the pool area and there’s always people having a laugh there. It is also where breakfast was served every morning, which only consisted of tea, coffee and toast, so you’re better off exploring Canggu cafés for a better feed in the morning. 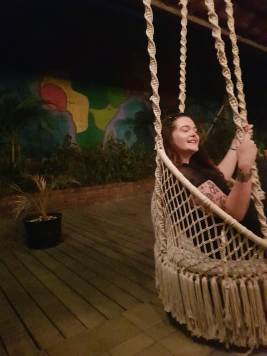